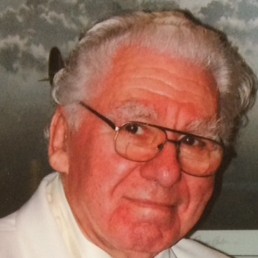 Dr. Alan Leslie Bass died peacefully on Feb. 12, 2020, surrounded by his family. He is survived by his wife Nesta, his children Gillian, Charles, Michael, Nigel (Jenni) and Katrina (Jeff), his grandchildren Laura, Catherine and Elizabeth and his sisters, Lydia and Shirley, and closest niece Petra.

Alan was a devoted son to his mother Rose. He was a loving family man who approached life and family with a sense of humour and adventure. His wise counsel, sage advice and laughter will be missed. He was a true gentleman and a real “people person” who enjoyed getting to know everyone he met. He had diverse tastes and was equally happy attending an opera or being surrounded and tending his menagerie of animals. He filled his leisure time with fishing and travelling. His last great adventure abroad was a family vacation on a small riverboat up the headwaters of the Amazon river. He was a dedicated physician who loved his vocation and always went the “extra mile” for his patients.

His career spanned over 60 years and two continents. Highlights included being the team doctor for the 1966 World Cup-winning English football team, helping to establish the original protocols for doping in sport and serving on the FIFA and Olympic medical committees. He was one of the founding board members of both the International and North American Arthroscopy Associations. He treated the English water ski team, Wimbledon tennis players, visiting international cricket teams, Ryder Cup golfers. He was involved with international boxing, the Royal Ballet and Pinewood film studios.

In 1968 he immigrated to Canada with his wife and five children and settled in Kingston, Ont. Three years later, the family moved to Hamilton, where he worked as director of rehabilitation medicine service for the Hamilton Civic Hospitals. He worked with the Hamilton Tiger-Cats and many other professional athletes, both in England and Canada. He was truly a pioneer in the world of sports medicine.