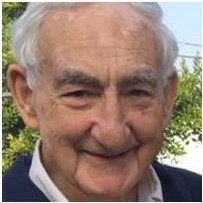 Alvin Zipursky died at home on Tuesday, Aug. 10, 2021, surrounded by his family.

Born on Sept. 27, 1930, in Winnipeg, Manitoba, to Doris and Isaac Zipursky, brother of Morley. Loving and devoted husband to the late Freda Zipursky of 52 years; father and father-in-law of Larry Zipursky and Susan Troy, Bob Zipursky and Debbie Katzman, and Ben Zipursky and Antonia New; grandfather to Jonathan and Carolyn, Liza, Amy and Adam, Rachel and Matt, Emma, Rebecca, and Gillian; great-grandfather to Arielle, Archie, and Matthew; and devoted partner to Ayala Manolson.

Alvin’s exuberant warmth with family and friends was matched by his extraordinary commitment to the health of children around the world and his achievements in medicine and medical education. He was a leader in the field of pediatric hematology for decades and was appointed as an Officer of the Order of Canada in 2011.

Educated as a physician at the University of Manitoba, Alvin completed his postgraduate education in the U.S. before returning to Winnipeg in 1957. Alvin’s pioneering medical research led to preventive treatment for Rh disease which was adopted worldwide and remains the standard of treatment today. In 1966, he was appointed as professor and founding chair of pediatrics at McMaster University Medical School.  Alvin went on to serve as the head of the division of hematology and oncology at the Hospital for Sick Children in Toronto.

Alvin devoted his career to the care of children with severe blood diseases and cancers over his forty years as a clinician. He showed sensitivity, humanity and respect in the way that he related to the children who were his patients. His research advanced the understanding of hemolytic diseases of the newborn and leukemia associated with Down syndrome.

As a professor emeritus of pediatrics at the University of Toronto, Alvin established the Programme for Global Pediatric Research at Sickkids, which he directed for over a decade. Alvin’s late eighties were consumed with the project of implementing Rh prevention programs in developing countries. Alvin was a person of uncommon optimism, joy, and goodness he was greatly loved and will be greatly missed.

In lieu of flowers, donations may be made in memory of Dr. Alvin Zipursky to the Freda Fund, which supports ALS Research and Care at the Sunnybrook Health Sciences Centre, via Sunnybrook Foundation. Call 416-480-4483 or donate by mail c/o Sunnybrook Foundation in memory of Dr. Alvin Zipursky, 2075 Bayview Ave., KGW-01 Toronto, Ontario M4N 3M5. To Plant Memorial Trees in memory, please visit Sympathy Store.