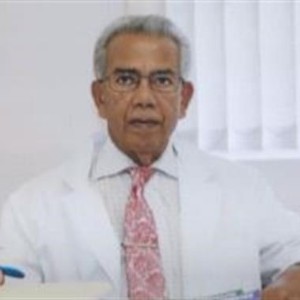 Dr. Ben Makhan passed away on Saturday, July 10, 2021, after a long battle with cancer.

Born in Trinidad, Ben attended St. Mary Catholic College where he was a scholarship student, cricket captain and avid sportsman. His love of academics, reading and sports continued throughout his life. He attended Dalhousie University in Halifax, N.S., where he graduated from medical school in 1963.

With a special interest in emergency room medicine, surgery, obstetrics and family practice, he worked as an ER physician in Trinidad & Tobago for one year, then returned to Canada, where he joined the emergency and family medicine staff at Queensway General Hospital. There he practiced and held the position of chief of family medicine (1974-1984), president of medical staff in 1986, and member of the board of governors.

While practicing ER medicine, he also maintained a family medicine practice on Brown’s Line, Toronto, until 2012, when he retired on account of his cancer. Ben loved practicing medicine and cherished all his patients, colleagues, fellow staff and peers as they brought much happiness to his life.

Unfortunately, Ben’s personal life was not as successful as his professional life and in this obituary, he wanted to extend his sincere apology to his late wife and son, and surviving children, grandchildren and siblings for all the neglect and hurt they suffered on account of his actions and choices.

In Ben’s later years, he resided at Viva Retirement Community in Mississauga. He truly enjoyed his time there and appreciated the company and friendship of his fellow community members. Ben also very much appreciated the wonderful care he received from the great staff and management. Ben was thankful for the blessing of all of his doctors and dentists and their staff, nurses and all at the Queensway site oncology clinic for the amazing care and treatment he received.

The family would like to thank the first responders, ER doctors, nurses and staff and Credit Valley Hospital for the compassionate care Ben received in his final moments of life, Dr. Winston Makhan for his helpful palliative care advice, Meadowvale Funeral Home/Cemetery and Graeme at Cremation Care Centre on Mimico Avenue for exceptional service provided during a very difficult time.

In lieu of flowers, donations to CAMH would be greatly appreciated.