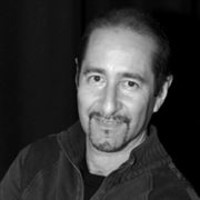 It is with profound sadness that David’s family announces his passing on June 25 at the age of 61.

Beloved husband of Cindy Goldfarb, married for 35 years. Loving father of Robbie (Nikki), Jonathan (Leslie), Rachel, and Laura. Cherished brother of Bernie and brother-in-law of Lisa, Jeff, Paula, Andrew, Marcy, Mel, and Jeff. David was a source of kindness, humour, and positivity for all those who knew him. More than anything, he loved spending time with his wife and children. He was a strong and loving partner to Cindy for over 40 years, and he was the type of father who showed how proud he was and how much he cared every single day. David’s legacy of warmth and positivity lives on in his family.

David was born in Toronto on March 13th, 1960 to Holocaust Survivors Abe and Rose Goldfarb. After graduating from the University of Toronto Faculty of Medicine in 1985, he practiced as an ENT surgeon for 30 years and served as chief of the ENT department at North York General Hospital for 10 years. He cared deeply for his patients and colleagues, always striving to put smiles on their faces.

This past June, David received the Distinguished Alumnus Award from the University of Toronto in honour of his medical career. David also had a passion for singing and performing in community theatre—his ‘comic relief’ characters never failed to make audiences laugh. At home, his renditions of “Father and Son” and “Puff the Magic Dragon” always brought comfort and joy. David fought stage four pancreatic cancer with extraordinary bravery, strength and optimism for more than two years. He overcame challenge after challenge with unshaking positivity.

The family would like to thank all those who helped with his care and ask that any memorial donations be made to the Dr. David Goldfarb Memorial Fund through Israel Cancer Research Fund.