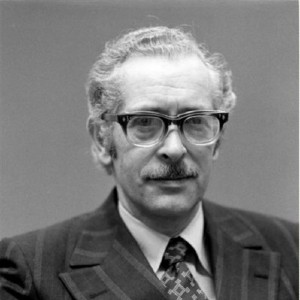 Harold passed away peacefully on July 6, 2021, at Princess Margaret Cancer Centre at the age of 97. Harold was predeceased by his wife Oriana, brother Dr. Norman Kalant, and sister Lucille Silver. He will be greatly missed by his nephews and nieces, their children and grandchildren, his friend and companion Neva Woo, and his many colleagues in Toronto and around the world.

Born in Toronto, he attended Bloor Collegiate before obtaining his medical degree from the University of Toronto. He served in the Royal Canadian Army Medical Corps from 1943 to 1947, then obtained his PhD in pathological chemistry (U of T), and did postdoctoral studies at the University of Cambridge.

Harold was a pioneer in the field of alcohol and drug addiction. His research helped shape our understanding of the causes and effects of addiction and contributed to the development of effective treatment plans. He published many influential books and hundreds of scientific papers and reports. He served in an editorial capacity for several journals and as adviser or consultant to numerous committees, to the Ontario Ministry of Health, the Canadian Senate, the U.S. Department of Justice, the World Health Organisation, etc.

He received numerous awards and recognitions for his contributions to science and the field of addiction and was honoured in countries around the world. The PhD and MSc students whose theses he supervised have gone on to important positions in universities, hospitals, government and industry - many becoming his close friends.

Harold continued to lecture after becoming an Emeritus Professor in 1989, teaching until last year. "Full retirement" did not occur to him as he always maintained his passion for science - though he did take time to enjoy his cottage on Georgian Bay. Always well dressed, he will be remembered for his wise, reasoned and calm approach to any subject; and his genuine warmth and empathy. Always courteous, he was a role model to many people.

The family would like to thank the medical staff at PMCC who cared for him in his final days. A private inurnment took place at Mount Pleasant Cemetery. In lieu of flowers, donations may be made to the following charities: Princess Margaret Cancer Foundation; Centre for Addiction and Mental Health Foundation; Nature Conservancy of Canada; or CODE (promoting child literacy).