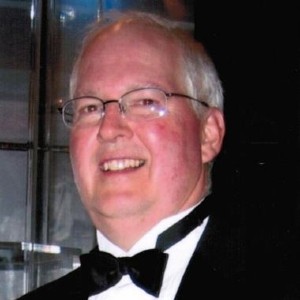 It is with profound sadness the family announces the too-soon passing of Dr. Robert Humphrey Brett Dunlop, on Friday, June 11, 2021. Born in Vancouver on Jan. 17, 1949, the family moved back to Ontario when Brett was five years old. He will be missed by all, especially his wife Virginia (Ginny) and son Robert James (Jamie) and son John Andrew (Drew) (Amy Kipping), his sister Bari Sharrah (Ed) and niece Erin Worley (James), brother-in-law Michael Vrebosch (Gaetanne) and many friends and colleagues.

Brett graduated from the University of Waterloo with a B.A.Sc. (Mechanical Engineering) in 1973. He then attended McMaster University Medical School, graduated in 1976 and earned his F.R.C.S.(C) in orthopedic surgery in 1981 with a specialization in spinal surgery. He joined the medical staff of St. Joseph’s Hospital in Hamilton in 1983 after returning from England as a McLaughlin Fellow in London. He was the section head of orthopedics at St. Joseph’s Hospital, Hamilton from 1995 to 2007, program director of Resident Education Orthopedic Surgery McMaster from 1990 to 1999 and head of the Division of Orthopedic Surgery, McMaster from 1998 to 2010.

He had a busy orthopedic spine practice and enjoyed every moment of it. His patients were his inspiration. It was in his private life, however, that he sparkled, a raconteur of stories that improved with the telling, a sense of style exhibited by a kilt for special occasions and a memory for trivia that constantly amazed us. He had a wonderful sense of humour, was a great friend and was possessed of a moral compass that was neither confused nor ignored.

Despite the demands of his profession, Brett’s family was always foremost in his thoughts and priorities. He was a volunteer for his sons’ sports teams, clubs, and other organizations. He was an able handyperson, a landscaper of mixed talent, a golfer of great enthusiasm (draw your own conclusions, gentle reader) and always willing to make time to be around friends – particularly when they were in need. He was a man who sought to heal and help others, and never sought acclaim or privilege in the effort. He helped raise his sons with his own morals and strengths and was a loving husband and father, never absent.

As the end of his life drew near, he had few regrets and a great many accomplishments; a strong drive toward social justice and equity spurred him toward the furtherance of these aims. His was a life well-lived, saddened only by its conclusion. The world is richer for having had him, and poorer for having lost him, and all who knew him feel his absence keenly – and, one hopes, are inspired by his example. As expressions of sympathy, the family would appreciate donations to the Stratford Festival or Diabetes Canada.