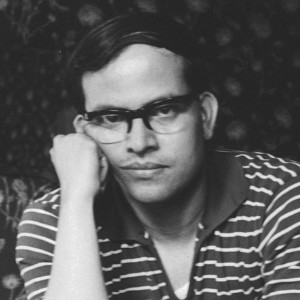 After a long battle with cancer, Dr. Sachin Kumar Hazra, a well-known and respected St. Catharines physician passed away on the morning of July 7, 2021. He was 91. Dr. Hazra led a full life devoted to family, friends and the practice of medicine.

Born in Calcutta, India, Dr. Hazra was the youngest of four children. Dr. Hazra began his medical training at the Calcutta Medical College in India. In 1958, he moved to the United Kingdom and studied in Edinburgh, Scotland, where he subsequently trained in general medicine, infectious diseases, and pediatrics. He eventually became a senior registrar in various hospitals throughout the United Kingdom and became a fellow of the Royal College of Physicians (Edinburgh).

With a desire to move to Canada, in 1969 he moved his family to Stephenville, N.L., where he practiced medicine, and met many new and interesting people, until 1974. After considerable research into the best community to live in Ontario, he moved his family to St. Catharines, where he established a practice in internal medicine with hospital privileges at the St. Catharines General and Hotel Dieu Hospitals. Eventually, he became the chief of medicine at the General. He went on to specialize in diabetic education and supported clinical trials for diabetic treatments.

Dr. Hazra and his wife travelled extensively, visiting South America, Australia, Europe, Asia and parts of Africa. In addition to travelling, he was once a formidable badminton and cricket player. His other passions apart from family was his love of animals, gardening and an intense curiosity that stayed with him to the very end.

He is survived by his wife Suvra, their son Sanjoy (Robert), daughter-in-law Shampa, favourite grandson Kiran and sister Shefali Kolay.

In lieu of flowers, the family is requesting donations to either the Lincoln County Humane Society or the Ontario SPCA. Arrangements have been entrusted to Pleasantview Funeral Home, Fonthill (905-892-1699). The family will be receiving guests at a Memorial Visitation at a later date once COVID-19 restrictions are eased further. Share your memories, stories and condolences.