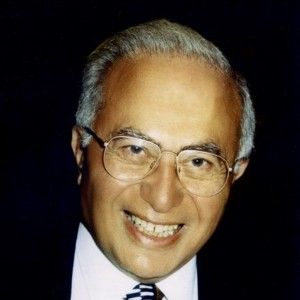 With great sadness, our family announces that, after many months of congestive heart failure, Dr. Said A. Awad passed away peacefully on June 19, 2021, at the age of 84. His last night on earth was spent in the Victoria General Hospital, in Halifax, N.S., just down the hall from where he served for seventeen years (1980-97) as the head of the Department of Urology, Faculty of Medicine, Dalhousie University. He was happily able to stay in his cherished home until then.

Born in pre-war Cairo, Egypt, Said lost both of his parents to illness before his mid-teens. Their deaths at young ages were his main motivation to study medicine. After graduating from Cairo University, Said and his medical degree immigrated to Canada in 1961. He was 25 years old and although desperately homesick soon after arriving, we are all fortunate that he did not have enough money to go back. He quickly embraced all of the opportunities which Canada had to offer as he dedicated himself to his urology training.

After a four-year residency in Kingston, Ont., Said moved to Toronto for additional specialization. A few months later, he met the love of his life, a nurse named Sharon Jones. They were engaged after six weeks and married a few months later.

Over the next 40 years, with Sharon’s incredible support, Said built a remarkable career in both clinical and academic medicine, retiring in 2003 as a professor emeritus of Dalhousie University. Said thrived with a mix of teaching, research and clinical responsibilities throughout his career, and he was repeatedly recognized for his accomplishments in all three areas. He was especially proud to have served as president of the Canadian Urological Association and to have been named as one of only 75 members of the American Association of Genito-Urinary Surgeons.

Sharon was the centre of Said’s world. He always said that meeting and marrying her was the best thing that ever happened to him. They were a marvellous team, complementing each other in every way. In addition to recognizing her constant support for his professional endeavours, Said gave full credit to Sharon for her dedication to their children and to making their home warm and welcoming to all. They thoroughly enjoyed travelling the world but were just as happy to spend time in Halifax. Said was also a loving father and grandfather; he had a huge influence on both of his children, and on their children as well, teaching them all to work hard and to be appreciative of their good fortune.

Said was always an early riser. He had energy, dedicated himself to his work, and had a remarkable ability to focus. He was humble. He was respectful and sincerely grateful for everyone around him, recognizing the blessings of his life, and rarely complaining (even when his golf ball went in the water). He strived for excellence, but not for accolades. We will forever miss his warm smile, compassion, curiosity, love and support. Second, only to his family, Said loved teaching and mentoring urology trainees. His legacy includes a large, worldwide diaspora of medical practitioners who graduated from the urology programs at Queen’s University and Dalhousie between the 1970s and the 2000s.

Said is survived by Sharon, his spouse of 55 years, his daughter Michelle (Jack Graham), son Brian (Catherine McKellar), grandchildren Paige (David Owens), Elias, Amelia, and Ephrem, step-grandchildren Hannah (Gabriel Rose), John, and Mac and step-great-granddaughter, Hadley. Said was predeceased by innumerable family members in Egypt, Lebanon and Syria. We have no doubt that he has reconnected already with his beloved sister, Leila. Cremation has taken place. Visitation was held on June 29, 2021, at J.A. Snow Funeral Home, Halifax. A memorial event will take place in the future.