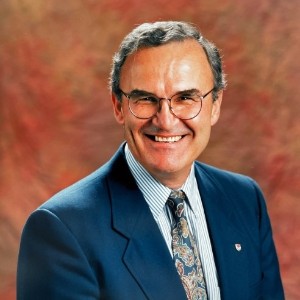 On July 12, 2021, Dr. Walter Koslowski went gently into that good night. He is loved and will be missed by many, but especially his wife of 57 years, Arlie (McCombs), his daughters and their partners Lisa, Susan (Greg Lawrence), Jennifer (Jeff Martin), and his grandchildren Katie, Christopher, Claire, Benjamin, and Livi. Walt is survived by siblings Erika (Maidul Khan) and Eric and is predeceased by his brother Ditmar and his parents Emma (Balko) and Afanasi.

Walter’s life was the stuff of which movies are made. He was born in 1938 in Luck Poland (today Lutsk Ukraine) and his family immigrated to Canada from Germany following the Second World War. Walter was 13 years old and spoke no English, but quickly learned the language through reading Western novels loaned to him by a caring teacher.

Walt’s parents both worked day and night jobs, so as the eldest of four, Walter looked after the younger children when he was not employed picking strawberries or as a bricklayer’s assistant.

After a brief foray into engineering at The University of Toronto, Walt found his true vocation in medicine and was a graduate of the medical class of 1965 from The University of Western Ontario (now Western University). Walter was a dedicated doctor who met his patients’ needs with compassion, diagnostic and technical talent, and tireless commitment. “The diagnosis is in the history” he would intone, and true to that belief, Walt’s practice focused on quality time spent with each and every patient. Generally a man of few words, Walt was most voluble and animated when relating medical anecdotes, of which there were over 50 years’ worth. He delivered generations of babies for many families in Milton and was an integral part of the emerg. and the OR at Milton District Hospital. Walt did it all while harnessing his Burt Reynolds charm, and he was affectionately known in the hospital community as “Dr. Kos” or simply Kos.

Walt was a dreamer and a romantic who enjoyed solitude. Despite suffering from seasickness, he was a sub-lieutenant in the Royal Canadian Navy Reserve every summer during university, and in this role he travelled to Alaska, Iceland, and the East Coast of Canada. His love of water and adventure led him to buy his own small sailboat, which he enjoyed sailing in Georgian Bay, and an unrealized often-discussed dream was to paddle the Nahanni River.

Walt was an accomplished tennis player, skier, and golfer and enjoyed many trips centred around these pursuits with Arlie, the family and friends. Walter appreciated photography and had a keen eye for beauty, and his love of technology was only matched with his impatience for technology. His family looked forward to his slide shows and home movies and tolerated his slow-to-execute photographs. Walt’s interest in gadgetry and fine audio equipment supported his excellent ear and healthy appreciation for a diverse range of music. He was an agile and melodic whistler and an occasional guitarist.

In Milton, Walt realized another lifelong passion, as he and his steadfast supporter Arlie carved an oasis out of the Niagara Escarpment. Here, the curly-haired boy in lederhosen who crossed the Atlantic in the hold of a ship created his own Canadian paradise replete with wildlife, fruit, vegetables, and an uphill roadway that required plowing in winter and grading in summer. There were mountains of zucchini, piles of tomatoes, bushels of apples, and always a yellow Labrador retriever grazing amid the bounty. Feeding the birds became a significant commitment for Walt and Arlie as gallons of seed, nectar, and fruit were supplied for orioles, indigo buntings, grosbeaks, finches, and many others. Ultimately, it was this parade of wildlife — flocks of wild turkeys, raccoon families, foxes, rodents and songbirds — that entertained Walter and gave him great pleasure in his retirement. He loved to sit on his back deck in the sun, watch the life around him, and take care of his pool, roadway and lawns. It is comforting to know that Walter’s final moments were spent in the environment he cherished, tending to and surrounded by his beautiful property.

A celebration of Walter’s life was held in the summer for immediate family. View an online memorial of Walter’s life and share your own remembrances. In lieu of flowers, please consider donations to the Milton District Hospital or a charity of your choice.

You see the sun slowly setting
and yet you are startled
when it is suddenly dark.