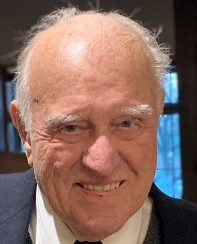 Dr. Wells Atchison Renwick passed away peacefully on June 21, 2021, after a short illness, at the Lakeridge Health Centre in Port Perry, at the age of 92.

He was a man of many accomplishments, including his tenure as an anesthetist and chief of staff at Toronto East General Hospital, where he grew and transformed his department for 40 years and was admired by his co-workers and patients alike.

However, his proudest moments were those spent with his family. Despite growing up in the Great Depression and enduring many hardships in his early life, he always remained a beacon of positivity and warmth to his family and friends.

He met his late wife, Barbara, when they were in kindergarten. They later became high school sweethearts and were inseparable ever since. Their love was a shining example of support, friendship and devotion. Over their many years together, they gave back to their community through tireless volunteer work through both Fallingbrook Presbyterian Church and Port Perry United Church.

One of his greatest accomplishments was his then-unprecedented endeavour in 1964 to relocate his young family to Nigeria to help support and develop their medical infrastructure, which both brought his family closer together and created countless memories theywill forever cherish.

He was a true patriarch to the family, and his guidance, love and support will be cherished by his loved ones forever.

A private funeral was held at Wagg Funeral Home in Port Perry for immediate family and close friends due to COVID-19 restrictions.