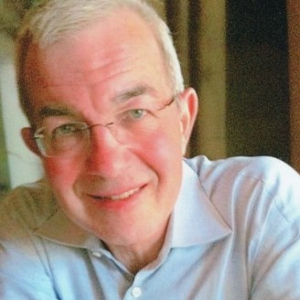 James was the beloved husband of Sabina Stone (nee Rizzi), the loving father of Chelsea Stone, Jennifer (Jordan) Brown and his two stepchildren Shari (Jason) Williams and the late Jamie Watts. He was also the much-loved grandfather of Justin Watts, Calista Williams and Ava Williams.

James was a lifelong learner and was always seeking answers to the big physical and metaphysical questions. He dedicated his life to serving others. Fresh out of university as a doctor of dental surgery, James joined the Canadian Armed Forces and served overseas in Cyprus and Germany. Upon his return home to Canada, he went on to complete a master of science degree, and a few short years later in 1988, he received his licentiate as a medical doctor.

His oral and maxillofacial surgery practice was only part of his life. James loved the outdoors, fly fishing, in particular, and over time became quite the angler. James, however, would say his greatest joy came from watching his two daughters, Chelsea and Jennifer, grow up to become fine, independent women.

In 2006, James met the love of his life and they married that same year. Sabina and Jim were married for 16 years and she emphasizes, "Sixteen years of being married to this kind, brilliant man was simply not enough."

James believed that everyone possesses within them a spark of the divine that binds us all to each other. It is therefore fitting that he became a doctor, since, "In nothing do men more nearly approach the gods than in giving health to men."

Memorial donations can be made to Sunnybrook's Garry Hurvitz Brain Sciences Centre.