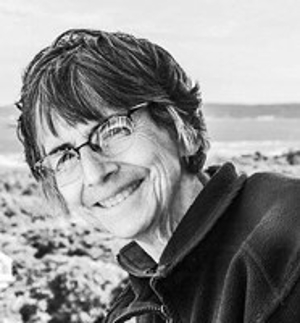 Nancy Hunt McKee Condliffe died on Aug. 1, 2022, after a decline brought on by Alzheimer's disease.

Nancy was born on Sept. 26, 1946, in Paget, Bermuda to Elizabeth "Libbie" Mary Hunt Outerbridge and Wallace Munro Outerbridge. Nancy was adopted as a toddler by Libbie's sister, Agnes "Nancy" Hunt McKee, and her husband, John Lawrence McKee, in New Liskeard, Ont. Nancy knew and loved the McKees as her mum and dad and her birth parents as Libbie and Walmo.

Nancy attended primary school in New Liskeard, high school in North Bay, Ont., and medical school at the University of Toronto, class of 1970. Dr. Nancy McKee completed a rotating internship at the Royal Victoria Hospital in Montreal, and a year of general practice in Peterborough, Ont., before becoming the first woman to train in plastic surgery at the University of Toronto.

Nancy loved the North and outdoor activities, including canoeing and cross-country skiing. Nancy met her husband, Toby Condliffe, in 1971 in a ski class on Burke Mountain in Vermont. She introduced him to her family on a five-day canoe trip in Algonquin Park. They were married in Toronto on June 8, 1974.

Dr. McKee became a fellow of the Royal College of Surgeons in 1976 and launched her lifelong commitment to research with funding from the Medical Research Council. She joined the University of Toronto's division of plastic surgery and the surgical staff at Toronto's Mount Sinai Hospital as both groups' first female surgeon. Dr. McKee was fascinated by hands, in which she specialized. She loved her clinical practice and her interaction with so many patients. She was dedicated to supporting the next generation of clinician-scientists and led by example with discoveries in the areas of muscle structure and transfers. She was honoured to receive Lifetime Achievement Awards from both the division of plastic surgery and the Canadian Society of Plastic Surgeons.

More than anything, Nancy loved and was loved by her immediate and extended family. She and her husband, Toby, were happily married for 48 years. Their son, Keith Douglas Condliffe, his wife, Mara and their sons, Kian and Galen, live in Comox, B.C. Their older daughter, Elizabeth Grace Condliffe, her partner, Brian Whatley, and their daughter, Mollie, live in Calgary, Alta. Their youngest, Judy Hunt (Condliffe) Suke, her husband, Brian, and their children, Anika and Gavin live in Haliburton, Ont. With Nancy's stories about the rewards of helping others and the outdoors, it's no surprise that all three of her children became doctors and their grandchildren are avid adventurers on skis, bikes, canoes and sailboats.

Nancy loved and was especially close to her siblings: John in Fort Liard, N.W.T; Marianne and her husband, Ed Rogers in North Bay; and Bruce and his wife, Mavis in Houston, Texas. Other much-loved families include McKee (Rogers, Coster), Neil (Stewart), King, Arnold (McBirnie, Corless) and Cunha.

Memorial donations can be made to the Dr. Nancy H. McKee Chair's Priority Fund at the University of Toronto; SPRINT Senior Care; the Belmont House Foundation; or the charity of your choice.