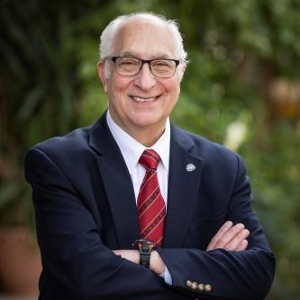 He is survived by his wife of 45 years, Mary-Lou; his children, Timothy (Jeanette) and Joy (Dan); his six grandchildren; his siblings, Jeanette, Margaret and Fouad; and many beloved nieces and nephews. Sherif is predeceased by his parents, Sami and Salma Hanna; and beloved brothers, John and Samir.

Sherif was born in Cairo, Egypt, on July 23, 1948. He arrived in Canada in 1970, completing his general surgery residency at the University of Toronto in 1976. Sherif was a renowned surgeon and teacher. He served as the head of the division of general surgery at Sunnybrook from 1992-2002 and was head of the surgical oncology program at the Odette Cancer Centre from 2001-2012. He served as the chairman of the board of Elders at Bayview Glen Church and as president of the Christian Medical and Dental Society of Canada. Upon retiring in 2014, he and his wife served at Harpur Memorial Hospital in Menouf, Egypt. There, he helped establish a Pan-African Academy of Christian Surgeons general surgery residency program.

Sherif will be deeply missed by his family, friends, colleagues and patients. He is remembered as a principled and genuine person who put his patients, their families and his colleagues first. This stemmed from his deep Christian faith.

Memories, tributes and condolences can be shared online.