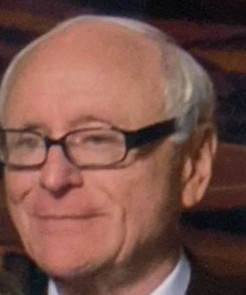 Dr. Irving Dain passed away peacefully at the age of 89 in London, Ont., on April 9, 2022. Husband of the late Joyce Dain (Fines), father of Steven (Stephanie Loomer), and the late Robert (Cathy), brother of the late Sidney Dain of Ottawa, brother-in-law of Ele and the late Amnon Offentier, grandfather of Michael, Adam and Aaron.

Irving graduated from Queen’s University Medicine in 1956 and completed his training in psychiatry at the University of Toronto, where he met Joyce. They moved to Hamilton so that Irv could take a position at the Hamilton Psychiatric Hospital, where he worked from 1960 to 1997.

He was involved in the establishment of the McMaster University Medical School and was the chair of the accreditation committee that obtained teaching status for Hamilton Psychiatric Hospital. His interests included forensic psychiatry, schizophrenia and bipolar disorders. He was a strong advocate of ECT for the treatment of depression, and the use of hypnosis for phobias and addictions. He provided psychotherapy to Holocaust survivors in the Yiddish language.

He was a kind and dedicated father, physician, and teacher. He also had a private practice until he retired at age 79. He enjoyed boating, was a member of the Royal Hamilton Yacht Club for many years and travelled extensively on cruises with Joyce, family and friends. He had an excellent sense of humour and brought laughter to his friends, family, and patients. He will be sorely missed. In lieu of flowers, donations can be made to the charity of your choice.