We learn through stories. Everybody has one. Sometimes, they’re stories of pain and struggle. Other times, they’re stories of hope. The Ontario Psychiatric Association (OPA) put those narratives forward at an event commemorating its centenary. The evening brought an eclectic group of speakers, from mental health professionals to the creator and lead actor of the hit TV drama Transplant, to a Diné artist who shared reflections about the interconnectedness of nature on our mental health. Michael Tibollo, Ontario’s first Associate Minister of Mental Health & Addictions, was the event’s keynote speaker.

What connected the diverse lineup? Dr. Renata M. Villela, president of the OPA and vice-chair of the OMA Section on Psychiatry, explained that different art forms can bring to life messages around mental health. “The theme is healing through stories as a means of breaking down stigma around mental illness,” Villela said. The OPA was formed in 1920 and is the provincial voice of Ontario's psychiatrists. Among its goals, the OPA facilitates the exchange of scientific information and promotes professional development and practice. The association also promotes the prevention of mental disorders and champions equitable access to mental health support and services.

Allan O’Dette, CEO of the OMA, said it was over a year ago he was contacted by Dr. Villela about planning the event. An event he said was a great opportunity to work together and celebrate mental health awareness.

OMA President Dr. Samantha Hill lauded the OPA for 100 years of advocating for mental health but said while the physical consequences of COVID-19 have received the most attention, the mental health impacts will likely be greater. “So many people, including health-care workers, are suffering. That only increases the need for the expertise of OPA members."

Popular culture is one platform to convey stories about the importance of taking care of one’s mental health. That’s true with Transplant, the CTV and NBC drama set at a fictional hospital in Toronto. The lead character, Dr. Bashir Hamed, is a Syrian refugee. After life in a war zone, he’s adjusting to a new land and is now a resident in emergency. The storyline reveals his experiences back home, like hiding from soldiers during a chemical attack. “His trauma is always present,” series creator Joseph Kay told the attendees. 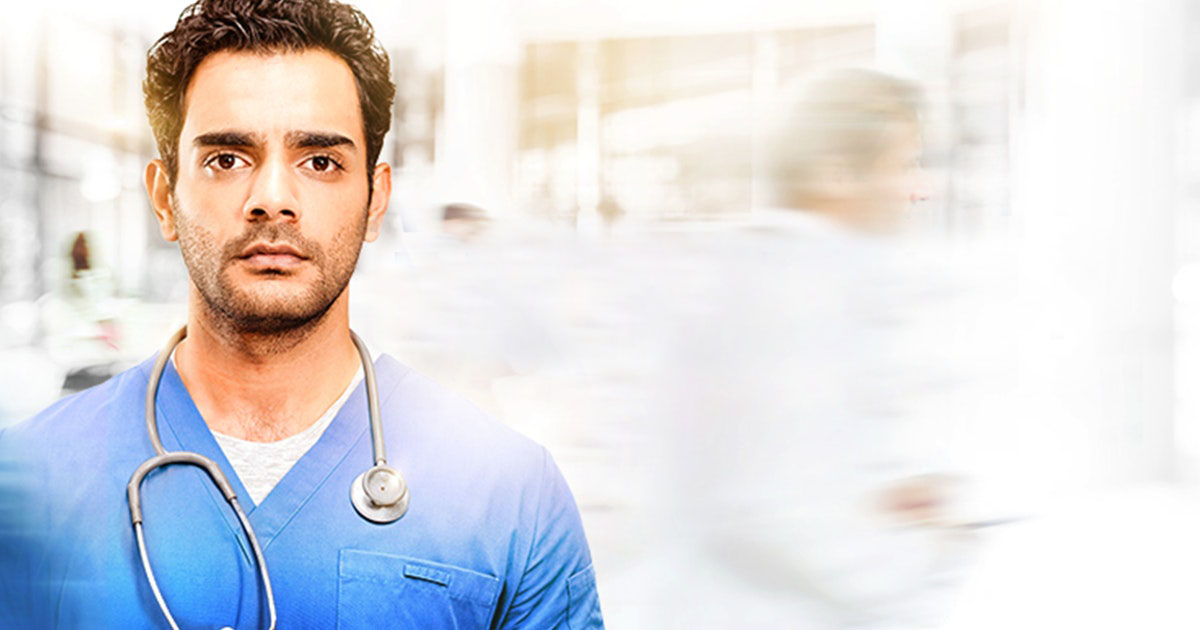 Transplant: the CTV and NBC drama set at a fictional hospital in Toronto.

Actor Hamza Haq noted his character is hesitant to seek help with mental health. That’s not uncommon in general. It can be especially true in certain cultures, he said, and in particular for males in those cultures.

The subject matter drew Dr. Yusra Ahmad, an OPA council member, to serve as a consultant for Transplant. “I tried to advise on how trauma might manifest,” she said, regarding her insight into patients with post-traumatic stress disorder, and the main character’s cultural identity. Dr. Ahmad is affiliated with Women's College Hospital, St. Michael's Hospital and the University Health Network. She is also the founder of Mindfully Muslim, an anti-oppressive, trauma-informed and faith-based group therapy program.

Nicole Neidhardt, a Diné artist, whose parents are psychiatrists, says her Indigenous identity is at the heart of her work. Neidhardt shared a digital illustration at the event called “Indigenous Mental Health is Holistic.” You can view it on a Celebrating Psychiatry Through the Arts section of the OPA website.

The central figure is a Diné woman wearing a traditional Diné rug dress. Everything surrounding her has great meaning. The landscape in her hair is Round Rock, Arizona, Neidhardt’s Diné home community. Stars point to the cosmologies and creation stories. The woman holds a medicine pouch with Tádídíín—corn pollen that’s an integral medicine to the Navajo. There are also multi-coloured birds from a Diné Tree of Life weaving, and a corn stalk that represents traditional foods and medicines. Neidhardt noted that mental health isn’t just about medications and therapy, as important as they are, but also about the land, water, plants, animals, community and cultural practices. ”They’re all connected to our mental health and well-being,” Neidhardt said.

To mark its 100th year, the OPA welcomed short reflections on positive experiences from the patient perspective with intensive or long-term forms of psychotherapy. “In Their Shoes: Sharing Psychotherapy Stories,” is the culmination of those reflections and can be viewed on the OPA website.

In Their Shoes: Sharing Psychotherapy Stories. Featuring the stories of individuals from across the province who shared the positive impact that long-term psychotherapy had on their lives.

In his address, Minister Michael Tibollo noted how more people are talking openly about their mental health struggles, which he called encouraging. Before entering politics, Tillobo, a lawyer by profession, volunteered as a certified addictions counsellor. He advocated for Caritas, a residential, therapeutic community seeking to help those facing mental health and addictions challenges.

Tibollo highlighted the Ontario government’s spending ($194 million to date) to expand access to mental health and addictions supports in response to COVID-19. “Each individual has unique needs. By matching them with appropriate support, we can make a real difference in their lives,” Tibollo said.

Dr. Adam Kassam, the OMA’s president-elect, reflected in his closing remarks that in 1920 when the OPA was formed, Canada and the world was recovering from two major catastrophes: the First World War and the Spanish Flu pandemic. He said it was also a time of great physical and psychological damage. Then and now, it’s clear that mental health is essential to the well-being of a civil society. A century ago, hospital psychiatric units as we now know them did not exist. Psychiatry was considered part of neurology, and practitioners were called neuro-psychiatrists. What has remained? The profession’s commitment to lead the journey to mental wellness.

In an interview following the event, Dr. Villela said today’s practitioners know much more than their counterparts a century ago about the workings of the brain and how to map treatments. “There’s so much we have learned in the past 100 years—imagine what we’ll look like in the next 100,” she says.

The Ontario Psychiatric Association virtual centenary event was held on April 26. The event was sponsored by the OMA and OMA Insurance and was open to all members. A recording of the event is available on the OPA YouTube channel.

Stuart Foxman is a Toronto-based writer.